In this article we’ll take a look at what a “supernormal stimulus” is and why you should stop or, at least drastically, cut down on your cunsumption of those.

If you are like most people nowadays, you are probably engaging in some, or several, of the following activities.

The more you can cut down on these activities the better for your brain.

First let’s get one thing out of the way right from the start:

This is such a big subject that it could take up a whole book on it’s own and there are in fact several books written about it. That means the explanation I give here is going to be very simplistic and not do the whole subject justice. In other words: You either have to take my word for it or do some research on your own.

What is a supernormal stimulus?

In essence a supernormal stimuli is something that is more stimulating, for our brain’s reward system, than anything that can be found in nature. It is a highly exaggerated or evolved form of what was, for our cavemen ancestors, meant to be vital factors for survival and reproduction.

Eating food, hunting and sex were all activities that were essential for survival and for passing our genes on to the next generation. That is why our brains come equipped with a reward center and the neurotransmitter dopamine, a chemical that gets released by neurons, whenever the possibility of those activities are present. It gets released and makes us feel strong pleasure and drive to insure that we will indeed go after those things.

This is the “normal” part, in the word supernormal stimulus, and a well functioning system in our brain that should be there and which we should be grateful to for having. We can get too much of a good thing however and this is where the word “super” enters the picture.

What happenes if we use too much supernormal stimulus?

If we often and diligently engage in these supernormal stimulus, and use them over and over again, we are overriding our natural satiation mechanisms, meaning we keep the neurotransmitter dopamine elevated much longer than it is supposed to stay elevated.

With internet pornography we achieve the exact same dopamine spike and here to, just like with the caveman,  the dopamine starts to decline after a little while but NOW we have the option to click to a new video clip as soon as the first one starts to loose our interest.

If we keep clicking from scene to scene, new and different categories and constantly new clips, we are able to keep our dopamine levels elevated far longer than our caveman ever could and thus, we are overriding our natural satiation mechanisms.

This is not good because, if dopamine is elevated for too long, our brain begins protecting it self from all that high dopamine by killing a few of the dopamine receptors in order for it to become less dopamine sensitive. This leads to a term called desensitization, basically a numbed pleasure response.

If we have a numb reward system, everything in life will seem less interesting to us as we go about our days. We will have a hard time finding joy and we will find it difficult getting motivated (remember that dopamine really is the “drive” chemical).

Our brains are less sensitive to dopamine, and because dopamine is involved in a lot of important functionings, we now are much more likely to suffer from depression, anxiety and a whole bunch of other unpleasant side effects.

Stop using supernormal stimulus or at least reduce the amount!

It is, however, also important to understand that desensitization is not an “on/off” state in our brains. It is more complex than that and the pleasure center can be more severe or less desensitized, depending on how  we have lived our lives, and how much we have hammered it with artificial dopamine boosting activities.

The receptors have the ability to turn down and up in response to our behaviors and nothing remains constant. In other words, if we have desensitized our brains we can heal the reward center by cutting out, or taking a break from, the activities that was too stimulating. We can “reset” our brains pretty quickly. In just a few months. 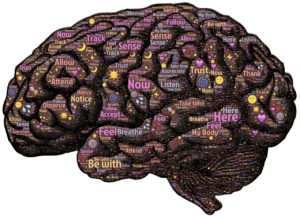 People with an addiction and people who compulsively overuse supernormal stimulus are the ones that are most affected by desensitization and they really suffer greatly from loss of pleasure, but is important to know that one does not have to be an addict in order to temporarily wipe out the dopamine receptors….

…The brain has got it’s “pleasure thermostat” and it will constantly adjust, for all of us, so be wise and use supernormal stimulus sparingly and with caution.