Here you can find inspireing words of wisdome from hundreds, sometimes thousands, of years back, all the way to todays wise men. Read them and really try to grasp the meaning of them …

“My scars tell a story. They are reminders of when life tried to break me, but failed!”

This is another good one. Wise words that are, in my oppinion, pretty self explanatory. 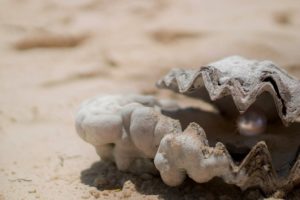 I like this one, misfortune and hardship in life have their places as well…it gives perspective.

The Man In The Arena

“It is not the critic who counts; not the man who points out how the strong man stumbles, or where the doer of deeds could have done them better… 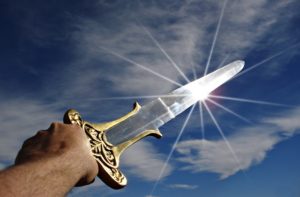 …the credit belongs to the man who is actually in the arena, whose face is marred by dust and sweat and blood; who strives valiantly; who errs, who comes short again and again, because there is no effort without error and shortcoming; but who does actually strive to do the deeds…

…who knows great enthusiasms, the great devotions; who spends himself in a worthy cause; who at the best knows in the end the triumph of high achievement, and who at the worst, if he fails, at least fails while daring greatly, so that his place shall never be with those cold and timid souls who neither know victory nor defeat.”

Another good one. Whenever we feel resistance to do something, perhaps start a new project because we are afraid of criticism we should read these words. It’s pretty badass!

Out of the night that covers me,
Black as the pit from pole to pole,
I thank whatever gods may be
For my unconquerable soul.

In the fell clutch of circumstance
I have not winced nor cried aloud.
Under the bludgeonings of chance
My head is bloody, but unbowed.

Beyond this place of wrath and tears
Looms but the Horror of the shade,
And yet the menace of the years
Finds, and shall find me, unafraid.

It matters not how strait the gate,
How charged with punishments the scroll,
I am the master of my fate:
I am the captain of my soul.

An awesome poem. I use to read it a lot when I suffered from depression. The last lines are truly powerful

“The greatest degree of inner tranquility comes from the development of love and compassion. The more we care for the happiness of others, the greater is our own sense of well-being.”

One of life’s paradoxes. Think about it. I wish more people understod this one.

“Maybe you have to know the darkness before you can appreciate the light.”

“The greater the obstacle, the more glory in overcoming it.”

“Pain is temporary. It may last a minute, or an hour, or a day, or a year, but eventually it will subside and something else will take its place. If I quit, however, it lasts forever.”

Spot on Mr. Armstrong…spot on!

An entire sea of water can’t sink a ship unless it gets inside the ship. Similarly, the negativity of the world can’t put you down unless you allow it to get inside you.

Grudges are for those who insist that they are owed something; forgiveness, however, is for those who are substantial enough to move on.

That’s the best revenge of all: happiness. Nothing drives people crazier than seeing someone have a good fucking life.