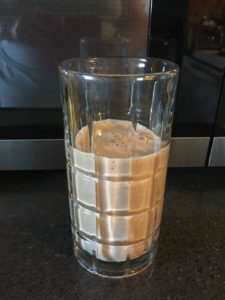 Turmeric or sometimes called the golden spice, is a plant that grows in Asia and Central America. Curcumin is the active ingredient in turmeric, and it has many powerful biological properties.

Here are some ot he most interesting turmeric health benefits :

Among others the Arthritis Foundation cites several studies in which turmeric has reduced inflammation. By the way, did you know that excessive inflammation is behind most of our modern diseases? From Alzheimer’s, cancer, cardiovascular diseases, psoriasis, asthma, allergies, depression, autoimmune diseases…the list is almost endless and could go on and on but the main point being: having tools to reduce inflammation in our bodies can and will benefit EVERYONE .

It may prevent cancer.

Another amazing benefit of taking turmeric is that the curcumin found in turmeric may prevent cancer, particularly of the digestive system, such as colorectal cancer. A number of studies indicate that curcumin has the ability to: Reduce the growth of new blood vessels in cancer tumors and decrease the spreading of cancer and even help destroy cancer cells.

Wow…just wow! So are there more benefits of taking turmeric you ask?

Yes! Many! We’ll talk more about them in future posts but here is the last one for now:

BDNF  (Brain-derived neurotrophic factor) is a protein that is linked to improved brain function and lowering the risk of developing brain diseases such as Alzheimer’s, parkinson’s and epilepsy. There are numerous studies linking the above diseases with inflammation of the brain. 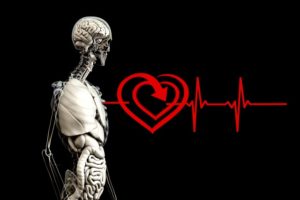 Before you learn about the drink recipe you need to know that turmeric may slow blood clotting due to it’s blood thinning effect.

This means you should avoid combining turmeric with anticoagulant drugs and If you take blood thinning medication, consult with your health provider before eating turmeric. Also, because of its blood-thinning effects, pregnant women should not take strong turmeric supplements. As with any alternative therapy, it´s always wise to speak with your doctor before you start.

Ok so let’s jump in to the drink recipe!

Put a teaspoon of turmeric powder and a teaspoon of ginger powder in a glass of water and mix it up. Ginger is also very anti inflammatory so this drink is going to pack a SERIOUS punch but don’t drink it just yet! You se turmeric doesn’t absorb very well into your bloodstream, but there’s a solution for that. Add a bit of black pepper to the drink and that will increase absorption of curcumin by 2,000 percent! Most internet tips about turmeric leaves that important part out.

Now, admittedly, the drink is strong and does not taste very good but it’s amazing health benefits makes it well worth consuming. Get in the habit of drinking it a few days a week and your body and health will thank you for it.